NOT THE LIFE IMAGINED

How long does it take a body to burn? He has no idea. That’s almost four hours now. He’s turned the furnace up to max but with no viewing window available, it’s hard to know if anything recognisable might remain. His watch says 5.30. Is it safe to leave? Maintenance staff arrive at eight. He must be well away by then….… Out of the cobwebbed fire door the main road is quiet. Chilly for May. He’s hungry. Might there still be bacon in the fridge? Or would someone have finished it after the pub last night?

NOT THE LIFE IMAGINED
Anne Pettigrew
£9.99 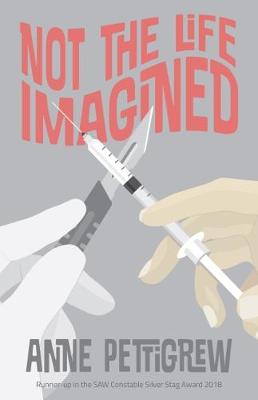